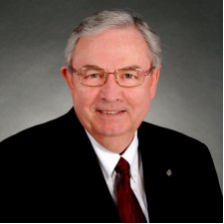 David is a highly experienced and successful entrepreneur, currently serving in several senior leadership positions, most notably, Founder and CEO of a global cybersecurity corporation, CBA Inc. and Intuitus Corp since 2004. He currently also serves as the CISO and Risk Manager for several companies. Previously, he has served as Global Managing Director of Business Intelligence and Security Consulting for Kroll Associates and as Principal/Partner for Arthur Andersen Worldwide Consulting, serving as Managing Director for Global Aerospace and Defense and Business Intelligence. David has
previously led three technology firms.

In addition to his CEO job at Intuitus, he is also the Founder and Chairman of a nonprofit corporation and serving as the Chairman for Bentley Kantor International USA for a Smart City project in Ghana and expansions to other sites in West Africa as well as the Intuitus Corporation of Ghana. David is an instructor for the Cybersecurity and Risk Management course at the University of Washington (developed the asynchronous course) and serves on the Pierce County Workforce Development Board as well as other Boards. He is an Associate Fellow with the American Institute of Aeronautics and Astronautics.

David earned a Bachelor of Arts from the University of Puget Sound, a Master of Arts in Public Administration and Executive Development from Ball State University, and a Masters Degree in Business Management & Strategy (Summa Cum Laud) from the Naval War College of Command and Staff in Newport, Rhode Island. David is also a graduate of the USAF Inspector General and Intelligence School; has completed several courses on threat assessment, counterterrorism /counter insurgency; is also a graduate of courses from the Fuld & Company Academy for Business and Competitive Intelligence. David graduated with honors from the Industrial College of the Armed Forces (Management Engineering). He also earned the Certificate of Information Security and Risk Management (CISRM) from the University of Washington.

David was a United States Air Force jet fighter instructor pilot, a seasoned combat pilot, a highly experienced flight and industrial safety engineer, and a decorated senior USAF Officer (Retired). During his career he graduated from USC Viterbi School of Engineering in Aviation Safety and Security Management and amassed four years of graduate and professional education in aeronautical/aerospace science.

He holds leadership positions in the Digital Business Marketplace Catalyst under the TM Forum as well as Co-Chairs three Digital Twin Consortium Working Groups. Throughout his career paths, David has authored many articles and other publications as well as co-authored a university level textbook.