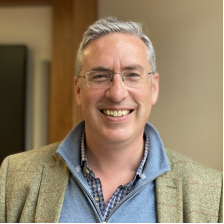 Julian Chesterfield, founder and CEO of Sunlight, has worked in the cloud and virtualisation industry for over 15 years. After completing his PhD at Cambridge University, he became involved in writing a technology called Xen, which became the foundation of the public cloud back in 2007 when it was adopted by Amazon and most of the emerging public cloud infrastructure providers of the day.

Julian began Sunlight as an incubation project in 2013 to build a lightweight hypervisor for low-power Arm processors. On seeing its value for data-intensive applications at the Edge, Julian and the founding team built it into a full hyperconverged infrastructure stack – Sunlight. Sunlight secured $6m in Series A funding in December 2020 and has gone on to launch new products, including the Sunlight Infrastructure Manager (SIM) and application marketplace.

You can find Julian Chesterfield speaking on...

Panel: The Case for Edge and the Benefits of a Convergent Approach