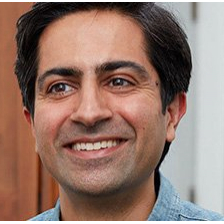 Ajay Kapur is CTO of Edgio and joined via the acquisition of Layer0 where he was Co-Founder and CEO. Layer0 is a leading developer-focused platform-as-a-service for application acceleration and deployment. Prior to Layer0, Kapur published mobile apps downloaded by tens of millions in the early days of the App Store. His first job was investing in technology companies for Goldman Sachs’ private equity arm. Kapur earned an MBA from Stanford and bachelor’s degrees in physics and Computer Science from UC Berkeley.

You can find Ajay Kapur speaking on...