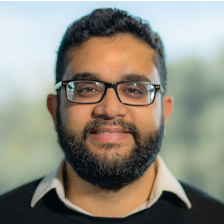 Kartik Thakore is an entrepreneur, founder and an experienced AI & Engineering leader in technology with a focus on healthcare. Since 2019, he has served as a core contributor in producing new patentable technologies leveraging medical data using data engineering, data science & clinical modeling. Currently, Kartik is the co-founder and chief technology officer at HOTG.AI. Previously, he was a Director of AI Engineering at Doc.AI which is now acquired by Sharecare where he served as VP of AI Engineering. He has since become an advisor of the public company. Thakore’s past endeavors included being Sr. Data Engineer at BetterDoctor (now Quest Analytics), HumanAPI and Head of Data Science at Newtopia.

Kartik previously founded AiMED, a startup focused on accelerating medical statistics (data science) in Clinical Research in Canada. Kartik is also involved in initiatives around decentralized clinical trials and serves as the Vice Chair of the IEEE DCT Committee.